In the european 1,000-point test, which is the biggest of its kind in Europe, one truck stood out from the rest. The Scania S 500 showed off subliminally driving skills, handling, capacity and other qualities. In the 1,000 point comparison test, the S 500 dominated in what is called the biggest and most requiring test for trucks in all of Europe. The test is conducted by an international committee of journalists within the field of trucks, that judge the trucks based on their a certain set of criteria, and conducts a lot of results based on objective measurements.

The test was done with the largest cabinets in the industry and all of the trucks were in the 500hp-class. The Scania S 500 was up against the DAF XF510, Mercedes Actros 1848 og Volvo FH500. After all elements, equipments and driving abilities were tested and judged, the Scania came out as the victor in the end. See the Scania S 500 and other used trucks here.

High Performance and Low Use of Fuel

It was primarily the incredible performance, and the remarkably low use of fuel, that in combination with the best driving abilities and a high level of control, which made the Scania S 500 come out as winner. All these abilities and positive aspects of the trucks simply creates a better workplace for drivers.

The Scania S 500 was all in all best, within the field of driver-related abilities. As an example were comfort, braking capacity, overview and steering abilities some of the most highlighted qualities of the Scania S 500.

A lot of improvements

The test-drive of the trucks in the 1,000-point test is facilitated on a 180 kilometer long road in the south western Germany. In a hilly area of Moseldal, the trucks are test in every possible aspect. It is organized by the German ETM Verlag, whom also publish the magazine Lastauto Omnibus and Fernfahrer in collaboration a few of Europe’s biggest truck magazines.

According to Lastauto Omnibus, is the reason for Scania’s domination in the test a lot of improvements in the S-series compared to the R-series. Among these improvements are the new sleeping facilities and vertical floor in the cabinet among the most remarkable. With a bit larger RPM, the Scania also demonstrated its supremacy in hilly terrain, where the truck reached the top as the first one.

Scania S 500 is a luxurious version of its predecessor

The S-series is a part of a new generation of trucks. The new generation of these trucks are best within the field of driving-flow and engine performance. The Scania S 500 is for those drivers who want a little extra luxury in their everyday driving. The 500 hp engine combined with the optimized system “Opticruise”, makes up a smooth and steady experience, when driving in the truck. Furthermore, is the S 500 loaded with a technology called “Active Prediction”, which predicts the road and creates a more dynamic experience. This also aids limits the use of fuel used by the truck and cruising out and about in the new Scania S 500 is an extraordinary smooth experience. 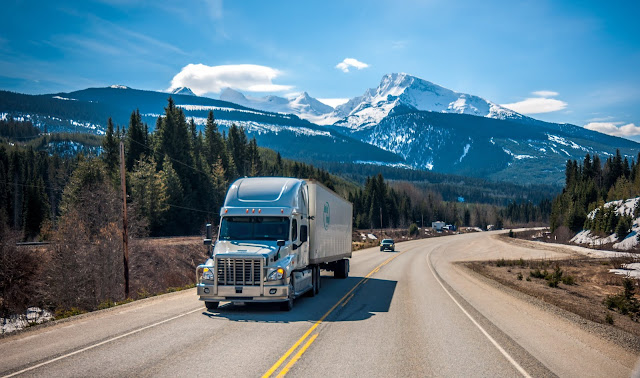